COVID-19 and the Carousel of Crises

This has been a unique time for me in a life that has had lot of changes. Those are changes that make each part of my life different from every other. But in a short time this crisis has had many parts. I have been in a continuous process of redefining what this crisis will be for me

There was the early part of the crisis when I got my insurance license back and then my annuity certification.   It seemed like I had a pretty good plan for not just survival but even making the most of the crisis and moving well into the future on the other side. I have since begun to fray a bit.  It is probably because my life had pretty much reached a place of  relative dead end before the crisis.

I then tried to publish a book and revive this blog.  I had some setbacks on both counts. There has been a good bit of additional trouble since then.

I live in a region where the flood of 2016,  the BP -Macondo Oil Leak,  Hurricanes Rita and Katrina coming in the same year and the Oil Crash of the early 80s are the way many of us organize our informal spoken memoirs. In the midst of that big national crises like the current pandemic and the attacks of 9/11 are further structures for organizing the marking of time. Today, I am feeling less than optimum and I hope that it has nothing to do with the early days of ambiguous malaise that some describe as the onset of Covid-19 infections. Probably that is not it but I had a feeling that this year of my life had dark clouds attached to it and this year is coming to an end. My birthday is June 15. So as with Ceasar and the Ides of March, I  take a wait and see attitude. The hardest thing about possibly dying for me is what I still had left to do — but I do not pretend that there was a great chance that I would do it.  The struggle is more my heritage than the great indisputable victory. I see in Dudley Leblanc an example of lifelong struggle against the odds. He knew more victories than I but his life saw a very large share of defeats as well. I find some glory in the causes that he fought for and although I feel that the record has not been fair to him it has at least included him and I think much more than whatever I may have done will be remembered  when my life’s struggle is ended.

It was the perception of many that his involvement with free enterprise opportunities for African Americans in the life insurance business was the single obstacle that made it impossible for him to be elected Governor. One of Dudley Leblanc’s principal businesses was the Thibodeaux Benevolent Association which I think was a fraternal life insurance company although I have not seen the By-laws. He was really engaged for longer with this enterprise than with HADACOL, the medicine show company for which he is more often remembered. The clientell of TBA was more Cajun than  a randome distribution of people would predict but it had members all over the country from various white ethnic groups and perhaps some others neither white nor African American.  But he also served on the board of the of the People’s Benevolent Association. This fraternal engaged in promoting the welfare of Negroes as they were called was a completely unacceptable involvement for a man of political aspirations in his day. So his involvement in the well run, orderly and prosperous Negro life insurance enterprise which was neither a voter registration organization, nor communist nor incendiary became the greatest political crisis of his life when it was discovered. That was a crisis manufactured by those in power. I will not list them here but my view is that my own life has been shaped badly by manufactured crises as well. 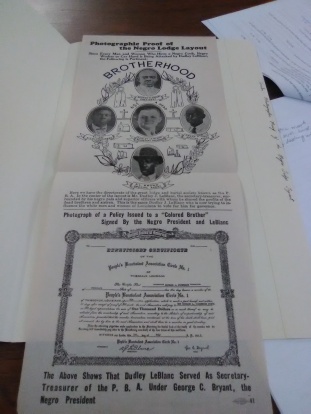 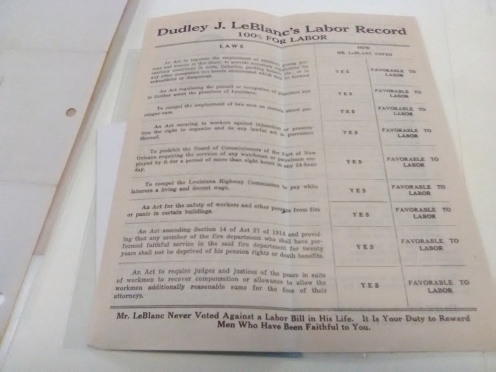 I do not feel as attached to life as I once did. But I hope to get through this crisis and fight another day. That will be my reward. More struggle. Then one day I will not be able to struggle anymore. Then I will dismount from the Carousel of Crises. Perhaps God will have mercy on my soul when that day comes.