When Hitting Bottom is not an Option

Time is a complicated and simple , momentous and ordinary thing about which much has been written. One of my favorite films is largely structured around observing the close and almost exact passage of time. That film is High Noon. Many different things have been written about the film on the right and left of American politics. But the film like all great art transcends the mere positioning of ideas and motifs on the political spectrum. I watched the film on a Tuesday morning when I was feeling a bit worse for wear and doing some emergency laundry at my parents house. Drama has been on my mind as there is a major play production impacting my life in various ways. I helped a friend go over some lines yesterday, Monday the thirteenth. I also spent some time organizing other projects for the week. One of them requiring some special care and attention to avoid risks and another being a simple matter of getting to another play in which two of my nephews are performing. the film embodies much of what I value most in really good drama. It is a story of a man confronted with a terrible crisis on the day that was to be his wedding day and the day of his retirement from law enforcement. He finds little support in his complicated desire and determination to do his duty but where it comes it is precious to him and unexpected and  makes for an ending that is made to stand the test of time.  It is also a film about not being able to hope for the best and let things take care of themselves. It is a film about feeling very much obligated to do the right thing when there are many reasons to do otherwise. 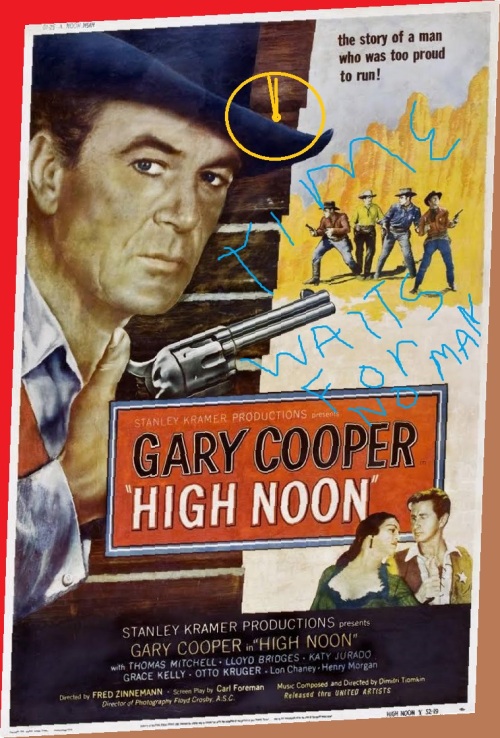 So High Noon is a film I have seen many times. But this time I watched it again in a state of weariness on my parents couch on demand as a free movie with pauses in between various parts.  On March 14, 2017 I bought some newspapers and went to early voting. I find this  Tuesday a little trying as I am weary from having stayed up to finish defrosting a small refrigerator after having already had a pretty full day, the Day before. The villain of the piece is a gunslinger named Frank Miller and I am named Frank and have Miller ancestors — but I still greatly admire the film. It is a film which asks a lot of the viewer in terms of thinking about love, religion, public duty, courage, individualism and friendship. I put it often at the top of my list as the best film of all. But sometimes I might shift it around — however, it is always near the top. Gary Cooper’s character Will Kane has his own way to make in a very bleak time.

The truth is that not everyone goes through life in the same way. Not all of us  are using the same basic navigation system to get through life. But for me that is neither good nor bad in all cases. Right now I am close the point where all things fail at once in a life but one does not hit bottom. Hitting bottom is not an option for everyone. The people fighting over the reform of America’s healthcare system have many motivations. Some are motivated by political self interest, some by a desire for profit. But many who also have some of one or both of these two interests are also struggling for the good of the country and are convinced that there can be disastrous consequences if there plans fail and those of their political opponents prevail. We all are aware to some degree or another of the legacy we strive to leave behind of the young and vulnerable lives our decisions influence and of the values we want to pass on to posterity. Even when things are urgent for other reasons  we still have business to tend to that involves the future more than the unpleasant exigencies of our future.  President Ronald Reagan spoke of Morning in America and he used it as a phrase in his campaign advertising. but perhaps we are at the minutes before High Noon in America, I often feel that for me it is simply too late for anything really good to happen. But for America it is perhaps a time of consequence a time when one must act and act well. We do face impending showdowns with Iran, North Korea and others to varying degrees and we do face showdowns between political parties but perhaps there is more than that in this time. 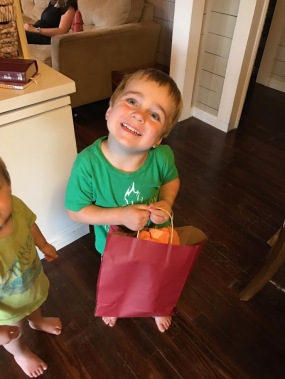 Perhpas this is the time we will last be able to choose to stand up and make the future right for others or lose that chance  as a country. I am not sure but it is on my mind today.