Feeling my way forward into the new era

The truth is that I have real concerns about my own well being at many levels, about the well being of many family members and friends and about a variety of institutions. But all of those concerns have been impacted by my concerns about America as a whole. It is not that they are overshadowed by such concerns but only that they are affected and in some way modified by those concerns about the nation. The recent election to my mind has along with all its aftermath so far brought many issues to the forefront of our national discussion which need to be examined.  There are real tensions we must resolve. Our relationships with Mexico and Canada are going to be brought into sharper focus by Trump’s efforts to expedite the Keystone XL pipeline and also to get Mexico to pay for a border wall. The cancelling of meetings and a summit with Mexico will bring a variety of issues into stark relief. The recent speech by British Prime Minister Theresa May — who is also Conservative Party Leader — to the Republican retreat in Philadelphia as well the upcoming summit with Trump will help us to understand our relationships with the United Kingdom that is emerging from Brexit. But just because these things will rise to the forefront of discussion does not mean that I will like the outcome.

A lot of people are distressed about the situation of the nation in ways and from points of view quite different than my own.    However some of them are somehow involved in a blog somehow or other that my sister has posted in at least once. I get the feeling that there is a kind of support group involved in all of that as well. Here is the link for the Sick Pilgrim blog.   Here is the link for my sister’s post which is not always so easy to find on the site. My last post had something to do with the nuanced nature of Jewish identity in America and what it has to say to American and American Catholic experience.  Sick Pilgrim is a good thing I think and a good set of things. But it is also, like U.S. Catholic with which it has some connections ( if only through personnel), it is also a sign of the strains that exist in American Catholic identity. Some of that strain is healthy and life-giving and even where it is not venting the experience of the strain can be healthy and life-giving. 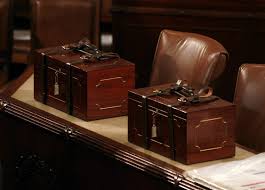 This is a blog post I hope will be  fairly short, that is mostly about my feelings as regards the way things are in the world as it stretches forth before us today. But even more so about the world as I am experiencing it just now. The world we all live in at any given time is quite a bit smaller than the whole world all the time. Today I stopped by the Abbeville Cultural & Historical Alliance Museum and Art Gallery where the students of a local predominantly African American private school had provided the display which is up for January and February in honor of Black History Month — this year the display relates to the Voting Rights Act and larger issues of voting.  Along with photos from that display I include the badly framed selfie of my visit with tourists from Abbeville, France and some pictures of the faded mural from downtown. I am very rooted here even though I spent a good part of my morning checking the legitimacy of the first decent inquiry about a possible job offer that I have had in a long time –and that company was based in Hong Kong. i am still not sure if it is legitimate. if it is and all works out I might not be desperately underfunded for the first time in over a decade. but regardless of what happens little hope has grown up around my labors in this land and society, very little as regards my own needs and well being. But I wonder if the  people doing the work on the Voting Rights display are commenting on any particular aspect of the recent electoral experience. There are so many things to say about the outcome.  My own political comments on this blog are legion. But they all say that Black people and others should be able to vote in America. But the fact that all sides have protested so much about this election in which so many were able to vote shows that there are many questions left unanswered. 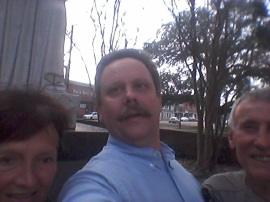 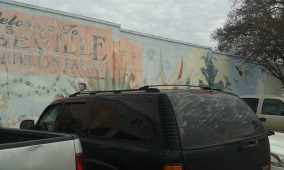 The Election has somehow or other marked a new era. But we all have familiar problems to solve and so does the country as a whole. For me most kinds of hope are luxuries that no longer seem relevant. Mostly there are bleak and dismal prospects in all directions. But I do vote and I do look around to see what might be available to hope for around the next corner.

This entry was posted in 1 and tagged elections, sick pilgrim, voting rights. Bookmark the permalink.