This is a long way from a full bore announcement of anything new and unique tot the Trump era and how it affects my view of the country but it attempts to relate the radical proposals in this blog made during the Obama administration to the current conditions under Trump. I will say my own position is similar and so is the blog. I am in a bleak personal position and not at all in the position from which President Trump is able to negotiate his preferences for the future of the country. that is the truth, what more is involved and why that is true is beyond the cope of this post.  But a lot of rural white men in the central portions of the United States are alienated from the U.S. establishment and that is evident in this election. I am such a man. like those millions in some ways and unlike them in others. I know what it is to be entirely cut off from any real prospects of a whole lot of things one grew up hoping were possible. 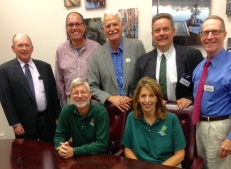 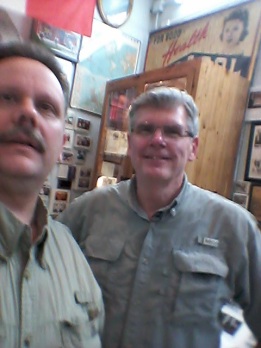 Dr. Boustany and I at a town hall meeting. This was several years ago. 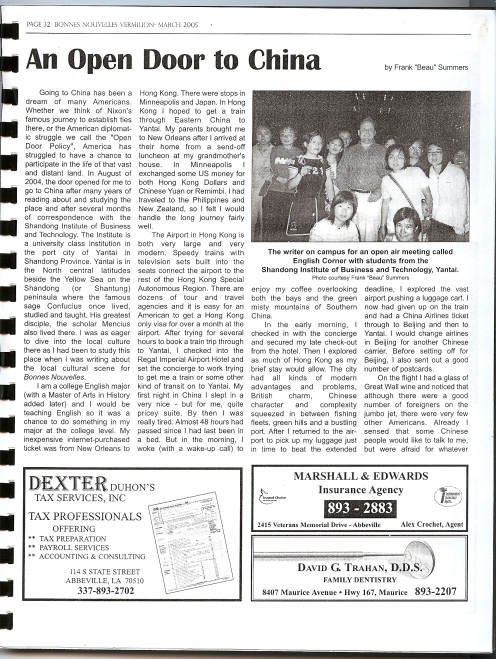 I do not write this post as a successful journalist, an elected official or someone who is independently wealthy. I am neither very happy, nor married nor a father. I am not one of those who voted in the Trump revolution either. But I hear the music in my head along with many of my neighbors.

It is Wednesday morning and I am at the public library taking advantage of the free wifi before heading over to my parents house to use their washer and dryer. I also usually visit with my mother and often my father during laundry days which are usually Wednesday.  The huge protest and demonstrations that have gone on for weeks since Trump was elected President of the United States seem to have subsided somewhat. One has to ask where this  energy for so much unrest is coming from an where it is going.  One place where it is not absent is the Federal Employee Unions. The new CEO of the United States is dealing with a workforce which is more Democrat than Republican — but the difference is not as extreme as many people may think according to Gallup. For the story link here. However there is a definite correlation to policies which are seen as different from those of fiscally conservative, free market conservatives — defining that difference may be harder than many believe.

The fact that one has to travel a good distance from the White House to find a county that voted for Trump has contributed to the poorer than desired showing at his inauguration — which was still fairly well attended. The media images of empty spaces on the Mall did not show the crowds in the large area around the capitol are along the parade route equally. But crowds were  smaller in large part because  Hillary won big around D.C. –huge margins. That is more significant because trump won such a huge majority of other counties and parishes. Almost all counties voted for Trump is close to a true statement. The map blow shows the red counties and parishes carried by Trump and the blue counties and parishes carried by Hillary. For the University of Michigan study that generated this map see here.

So we are reminded too that the news media and so much else is largely located in those blue counties as are many other influential institutions. Did that contribute to the fact that the results of this election came as a surprise to so many across this country?  I am not sure to see what a major research institution says about the reasons for the surprise and the failure of predictive apparatus see this link.  White Americans are dying younger are at least have lower life expectancy in America and that is only one sign of the distress that they feel. the reality of their lives in many parts of America is increasingly bleak. places many of us would call the heartland of America are reputedly real bad places to live. The Trump phenomenon had something to do with that reality as well.

So Trump is trying to change things now in a way that will limit the the free access to undocumented migrants from the south, that will bring back manufacturing jobs, that will provide hope for forgotten Americans. he has also threatened to send Federal troops into Chicago if they do not bring the murder epidemic under control. this is a sign of a new era. the trump era has also revealed that we do not live in a post-racial Age of Obama. We are not in my opinion sure of what age we are entering just now.

I have long stated that I believe America is in a place where relatively radical and fundamental change is necessary. I have spelled out some of those proposed changes here, here and here.  These changes are still nowhere near any path to success. They are not predicated largely on free market reforms nor do they largely oppose those reforms. My view is that there are 264 million odd acres under the Bureau of Land Management. This is an area of land comparable to the size of Western Europe. The quality of use of this land and its value as a program for cultural, ecological and resource reasons is open to question and is in fact much discussed. One analysis of a small piece of this question (grazing lands) is available here.  but as we look at a society sunk in levels of public indebtedness and social ills that amply justify President Trump’s use of the term “carnage” in my view. We have to ask what is permissible in terms of squandering this resource. 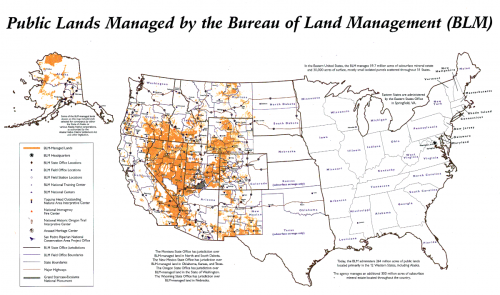 My basic recipe for transformation is to dissolve the Bureau of Land Management and redistribute all these lands. The National Parks and an additional one percent of lands chosen by the Park Service would be entirely disentangled from the BLM. They largely are disentangled now. The new one percent of lands would be carefully chosen to strengthen the parks. The  land would be distributed in the transforming along with a small but real percentage of lands in each state and a trip arbitrarily along the Canada and Mexico border. In addition the status of Indian reservations as entirely outside the States would be established. This would be another substantial amount of land session. Most of the land ceded by the states would be the most distressed land and problematic land in the state but some prosperous areas especially with racial minority majorities would also be incorporated into this pool. There would be a system of Territories based primarily but not solely on the Indian reservations. There would also be Possessions built around predominantly African American communities but with the lands, swaps and exchanges creating a shift somewhat to the rural west of this population but not overwhelmingly so and in fact almost every change that could be mitigated would still be a big change.  Also there would be handful of special cases that are rather huge in Hawaii, Alaska and Puerto Rico and less so in California, Louisiana and Texas. These lands which would create a whole set of new homeland with representation in Congress and the electoral college would also enter into their autonomy with little or no State debt. The States would also pledge a small but permanent percentage of their income to the development of the bordering jurisdictions established primarily in the interest of nonwhites.  This should all create a huge demand for things these new jurisdictions would need.  A map of all existing Indian reservations in the continental United States is given below.

The States however, would never again pay for all the uplift programs that disproportionately benefit minorities. Those jurisdictions would be responsible for  developing their own programs and building relationships with industry. A few years ago Pat Buchanan discussed the way in which government employment supports the Black middle class and social mobility and there is little doubt it is in direct harm to the white middle class in areas where that struggle is very real. The whole article is here, but a significant passage is reproduced below:

Because not only are African-Americans disproportionately the beneficiaries of federal programs, from the Earned Income Tax Credit to aid for education and student loans, they are even more over-represented in the federal workforce than they are on state payrolls.

I have discussed how the Atlanta Public School cheating scandal is indicative of the crisis in understanding where various parts of our society stand here. So there is a need for dealing with the chasms that exist. There is also a need for hope for all Americans. Not all distressed areas are racial minorities and not all aspects of the transformed society would be racially defined. But in all cases the change would accompany a new sense of community. Below are two figures on distressed cities. To see the sources consult here.

One response to “Trump, Truth and Transformation”