In my last post I predicted that my next post would mostly involve me sharing my statistical analysis for this blog which is provided by Word Press. That turns out to be wrong because for whatever reason they have not provided me with the little review by the first of the year. If it appears I will still share it. So there will be more to say about the end of the year and the new year if that happens.

This year that just ended brought the death of Rachel Therese Gremillion Broussard. She was my aunt and nearest my age among my aunts and uncles. I did not cover her death in this blog as closely as I could have. But here is a relevant post. Another link is here. It was typical of my year that I did not do a blog obituary for one of the people who had been closest to me in my life. I will say a few words about her here.

I am really  and somewhat tired and ready to realize that life as Rachel and I had discussed it for countless hours when we were very and not so very young (but much younger than I am now) is very remote from any reality today. 2016 saw Rachel succumb to cancer. She had been through so much already. But that finally ended her earthly journey. The house called Kissinoaks also became rubble. At best it became flood scattered piles of disassembled building materials. Rachel loved that house and we all spent time together there over many years. There is a lot to remember about her life and the reasons that I have not done a blog obituary are complex ones.

In the larger world, Nancy Reagan, Leonard Cohen and Eli Wiesel all left this land of the living. Debbie Reynolds followed her daughter Carrie Fisher. Fidel Castro moved on. On the last day of 2016 George Putnam died. He was a prominent figure in my community. He was not someone as close to me as Rachel. My aunt Rachel was born with spina bifida and Rachel fought her whole life with myriad health problems. She bore and reared two children, and in the old biblical blessing was privileged to see here children’s children. She and I both married Broussard’s from Abbeville  and her marriage endured till her death while mine ended after a bit less than a decade. Over a lifetime we talked about all manner of things.

In this transitional post between years I hope to deal with the transition between presidential administrations. It has been so far, and will continue to be a momentous transition. 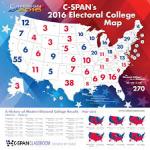 9:31 am President Barack Obama My farewell address On Tuesday, January 10, I’ll go home to Chicago to say my grateful farewell to you. In 1796, as George Washington set the precedent for a peaceful, democratic transfer of power, he also….

My farewell address On Tuesday, January 10, I’ll go home to Chicago to say my grateful farewell to you. In 1796, as George Washington set the precedent …….

President Barack Hussein Obama has been the subject of many posts and his policies have often been opposed here in this blog and his record and personal background have often been scrutinized. Had I had more resources to devote to investigating and criticizing many of his political actions then I would have done so. But the Obama Administration appears to have gone a full two terms and to be ending and that in itself is a whole set of arguable triumphs — though none of them are definite until at January 20,2017 at the soonest. I include below a letter he sent out to those who follow the White House by email to give him a voice in this discussion — he is after all the President of the United States of America.

This last year I have had some huge disappointments in a position where I had little left to bring to disappointment. I have renewed acquaintance and spent some time with an old friend also going through hard times whose name starts with J. and we have perhaps confided too much and commiserated about old girlfriends,  jobs and states of mind which seem very remote. But he has been a help in getting through this year. For several months my aunt and I have been living in the same place with no other permanent residents and that has been an evolving situation but the evolution has not included me finding a financially secure footing — such as a decent job, research grant or whatever. In my last post I mentioned my Gofundme campaigns but they have not produced income really.

I have also been blessed to serve as a Eucharistic minister at Sunday morning mass at my home parish. That has also been mentioned in this blog. But it is only a part of a life and not the occupation which supports a life in a practical way.. But it is a humbling honor for me to serve in that way. But the things I am doing and blogging about and the dozens of countries in which this blog has been read are only a part of the story — this is a small an not widely read blog. It will probably continue to be. I have a site here from a more famous person at the Washington Post who shares   his own humorous take on the year. Happy New Year — again… and not for the last time.