This morning I stopped by the hospital to visit with my uncle who is recovering from emergency surgery to remove his spleen. I was working om lawn and garden projects and went with my mother to his house when he was stricken with the kind of sudden attack which caused us to urge him to call an ambulance. I waved the firemen who arrived first to the correct door and later the ambulance as well. But did not know until much later what exactly his situation was. His trauma was the biggest event of the past few days and he is still in my prayers. Tomorrow morning I am also scheduled to return to the seven o’clock a.m. eucharistic ministry. So I am on the computer at a time when I would often be participating in the anticipated or vigil mass.

But the night before last, Thursday (December 1, 2016) I attended the annual Family Missions Company Donors Dinner. It is an event that I have often attended and  Family Missions Company is an institution that I have posted about before in varied contexts. It was a blessing to be there, hear the various reports both financial as well as the outreach reports of various missions and missionaries. the food was good and I rejoiced in the outing as well. 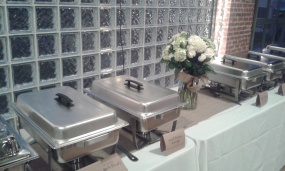 This is a nice start to the process of continuing Advent and starting to celebrate Christmas. But I also want to recognize the fairly bleak and gloomy feel that has come to dominate the holiday season for me over the years. I have posted a variety of things about Advent over the years — here, here and here. I have also posted about Christmas here , here and here for example. But today I simply have to say that I have a lot to consider as I deal with the disappointing realities of my life this Christmas. Sunday evenings I often eat supper with my parents and last Sunday evening we dressed the Jesse tree with ornaments from Old Testament events and lit the Advent wreath and said the Advent prayers. I enjoyed this just as I enjoyed the organization specific tradition of singing the hymn Joy to the World at the end of the Donors Dinner activities. But the holidays are hard on some people and for me more hard than not in recent years and a little harder every year.

But it is not over yet. Nor is the fact of my own relative happiness or unhappiness very important. Jesus’s birth matters to me. The investment I have made in Christmas trails some glory in the dark valley of my present and future. And although this season seems like gloomy and depressing and even dreadful prospect for me personally that is not the sum and total of all that the season is… there will be the memories of good times as well.