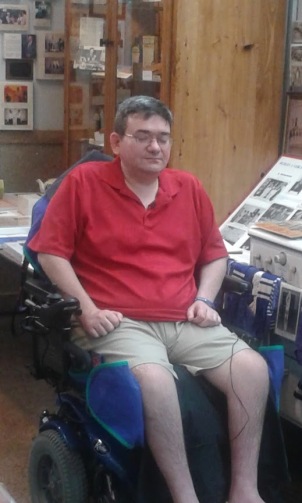 I have posted on the  Dudley Leblanc exhibit quite a bit.  Those posts are visible here, here and to some degree here. But yesterday I was in the company of Warren Perrin, Robert Vincent, Roland Leblanc and Dave Mc Namara. Mc Namara is an accomplished television journalist. He was doing this shoot as part of his Heart of Louisiana series.  Robert Vincent was there as the chief benefactor of the exhibits tangible items. Warren and I were there as co-curators of the exhibit among other things.  Also stopping by at the same time was Louise Hunt with her husband Jim.  Mrs. Hunt has just written the book In the Shadow of the Steel Cross.  There are real connections between her story of her Norridgewock indigenous ancestors and the legacy of our Acadian ancestors. She gave me and the museum a copy of her book and swapped books with Warren Perrin. In addition others  who are regulars there, like Sonny Moss came by and a portrait of Perrin was returned. The crowded bustle of the museum was pleasantly normal. 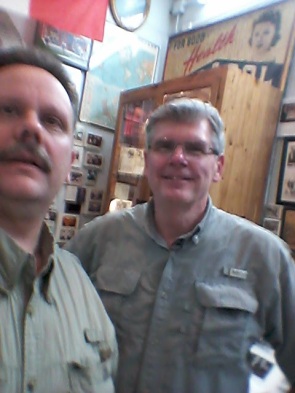 But the star of the show and the center of the even was Roland “Poly” Leblanc who discussed his father and also his whole family’s involvement in his father religious, political and commercial ventures. He talked about working as the chief chemist in the company and about his father distributing statues of St. Therese to Acadian churches of Louisiana — among other things.

HADACOL was once the second largest advertiser in the United States.

I was happy to be there. I then spent some time with family and friends and did needed chores. While I was down in Mobile for the conference address the principal patron of the Acadian Museum —  J. Weldon Granger was crowned King of the Vermilion Parish Cattle Festival.  So it was a nother thing to celebrate among the friends of the museum. 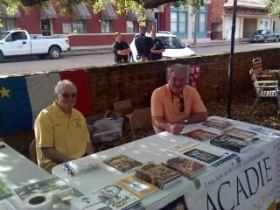