The end of the long hot summer, repeat ad limine

It was a Frenchman who helped most to found the modern Olympics. He honored Greece and Olympia in particular but he was truly French. His official Olympic brief biography can be linked here. His heart is buried in Olympia, Greece. But of course every good schoolboy knows that France has nothing to do with Greece and Baron de Coubertain was just a phoney making something up. But every good schoolboy is enormously wrong. First because of references to the Olympics in the New Testament most of which are very positive and because of the great role of Christianity in forming France and Europe. Secondly, because  the first Olympic Games were played in 776 B.C and  became a standard way of keeping dates straight in Greece while individual tribes,priestly orders, colonies, kingdoms and dynasties had their own calendars. Olympic dating was being used in France in about 400 B.C. in a significant way. The first Olympic athlete who had been to France was probably not in 1896 but more like in 396 or at the latest 296 B.C. but he was neither a winner nor a real native of the region in all probability. The big sporting nations won all the events and the others were happy just to be there. The primitive lands of the Far West were relegated to the “also ran” class. But the Olympic tradition was alive. The events and memories we celebrate in the upcoming days have a deep rootedness for all of us form Western European roots which has been forgotten but for me especially..

A US speed skater glides along the ice.

Shaun White skied to gold to repeat his success at Turino.

USA team racing in the two man bobsled on a fast track. 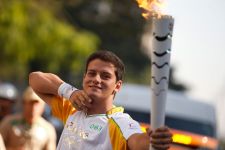 Julia Mancuso skied for two silvers to add to her Gold from Turino’s 2006 games.

The 2010 Championship team and their coach

Julia Mancuso Skis for two siver medals to add to her gold medal in Turino. 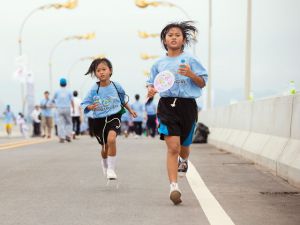 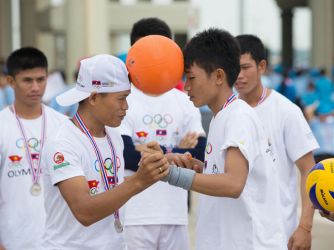 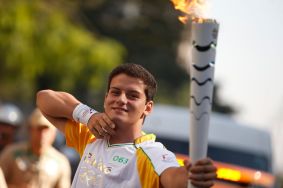 US Hockey team has been dominant.

US figure skater Rachel Flatt fights to keep up a tradition in a tough field. 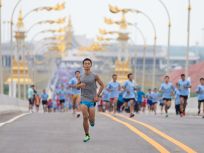 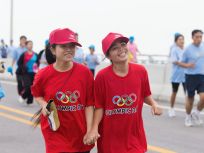 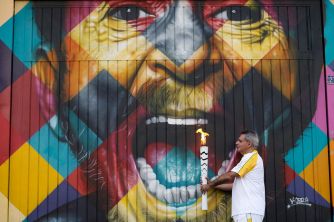 Ad limine, at the threshold of what I define as my most profound heritage the traditions involved are already ancient.  Three thousand years ago, give or take a few centuries when my distant ancestors came to France from Greece they settled mostly on the shores of the familiar Mediterranean Sea. It is hard to say what society may have been like among those early explorers, settlers, guards, diplomats and merchants who formed more of the population than would be the case later on in the history of Hellenes in France. It is hard to say what Agathe was like for example once it was settled when Rome was yet an obscure town and Kingdom under they brief dynasty of Kings of Roman who were half Etruscan and lived under Etruscan rule. The Romans who were far from setting foot in Gaul were part of a less than half Hellenized Etruscan civilization and they had ancestral reasons unique to themselves to want to challenge the Greek civilization which was seen as the unchallenged master of the known world. But they were nothing like the Roman Empire, the Greek civilization was profoundly different than what Rome would become.  To us these times must be framed in terms of what Rome would do and become and what it would do to the Celtic societies in the Far West. But But Agde can be visited today and some artifacts can be viewed. But we know Agathe was Rome was not on the minds of the leaders or the common people of Marseilles and Agde.

As said before it is hard to know what life was like in Agde when it was the Far West of the Far West, but we do know  it was a secondary or second generation Greek colony founded by the Greeks who developed Marseilles or Masilia as it was known. The Greek story in France had begun. For me and a tiny few of us perhaps it has never stopped and we hope it never will. It also continues here in Louisiana. The Phocians were the founders of the Hellenic colonies in France but there were representatives of other tribes with reciprocal rights and treaty obligations in most colonies across the Greek world. This was a very imperfect system but it was a system that can pretty well be understood even where no direct evidence exists. I am sure in my own mind that even in those earliest days when the first Phocian ships landed in Marseilles there were Arcadian connections to the enterprise. By the time Agde was built there was what could be called a minimal Arcadian community which intermingled with the Phocians but which brought some titles and laid some pans from the earliest days. That was the threshold of the Acadian identity.

Ad limine means roughly “at the threshold”. We are on the cusp of along period of the end not at the other end of that long process where cool weather lies just ahead. I am busy working outside, it is hard to stay cool, there are summer storms one day and pure blazing but humid heat with almost no respite at all on the days when it does not rain. For me there are many things to be aware of in August that require some level of emotional, intellectual and financial attention and a few Augusts across my life are more that way than others. This is an especially  challenging August in more ways than it is otherwise special. getting this post together has been a challenge as well. The truth is that there comes a point in almost every life where one realizes that one is simply wearing down too much to bet on one’s capacity to deal with the challenges on which much of one’s earthly happiness and security depend. The Rio Olympic games are assuredly cranking up. The big political conventions are over. The brutal heat of South Louisiana is one of the conditions that wears one down and there are no cheering crowds. the near certainty that thew Zika virus will be here degrades life further in a place much buffeted by the modern world. The preventions and poison will degrade life too, necessary as it may be. So that is the world as I find it this week. I hope to watch a lot of the modern Olympics and I hope to live out this summer as well as I can. But in the heat, the political disappointment and the lack I feel there is not much sense of the great Olympic tradition But it probably is not the first or last time I will get a little boost from the connection to these events. 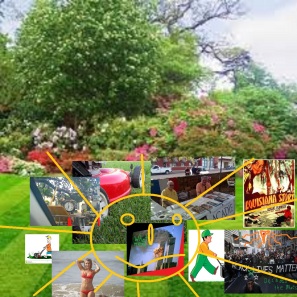 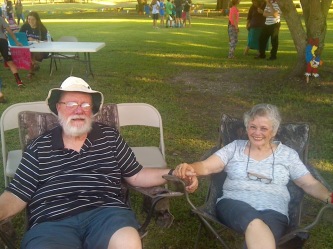 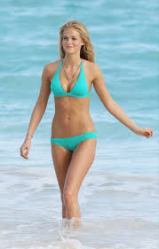 This is the hot time of year when certain familiar things happen and it is also an Olympiad year and a US Presidential election. There is a great deal to be said about the Olympics and the Presidency but I want to focus on the fact that his is the peak of the gulf coast summer when it is hot and going to be hot and is horribly hot — and yet the slope to cooler days lies just days or weeks away. Soon enough the hottest days will be behind us. I will be glad when it is cooler. But the Summer Olympics will be part of  what is good about this hot

Zika is gaining ground in Florida and will be present in Rio for the Olympics and doubtless it will soon spread here as well. South Louisiana is the kind of place where such a disease will be

I am near the point of admitting that almost nothing I thin most urgent in my life can I reasonably assure.