It might be a good time to get away from blogging about politics and the Presidential Primaries and blog about the stock market.  I want to start by saying I see American destiny in the USA itself. I see it in old allies and bases, in the constitutional reforms I have proposed, in space colonization and in a prospering world. That is the destiny we should be seeking while preparing for obstacles in our way and knowing we may not get there. I will discuss those priorities a little here and the stock market as well as Asia but that is not primarily what this post will be about. This post appearing during a stock market crisis is about how the next President and the current on will help or not help America to find its destiny. But we start where we are, what is up with the stock market? Here is my brief ananlysis:

I have decided to post my own simplified analysis of the possible financial and economic crisis:
1. The Chinese economy has many strengths and some of its apparent weakness is a weakness imported from elsewhere. But the stock market has a lot of domestic investment driven by a glut in construction where people had invested before. Despite the Communist ideology the social safety net is weak and flawed by first world standards. Despite a huge economy consumer demand is limited. All this means huge funds allotted to investments ultimately secured by exports and infrastructure. When they stumble they weaken the forces that drive their recovery.
2. Brazil, Australia and OPEC depend on Chinese demand for commodities to power economic engines that do a lot of other things in the world economy.
3.The U.S. and the Western economic powers do not have robust security and balance. That’s why they must be more concerned than normal.

So we may or may not have a crisis… But what kind of crisis we might have surely has something to do with what our hopes, dreams and destiny in the future might be.  Are we facing a possible derailment of our economy without reference to any long term destination or is there more than that in this period of time to be concerned about? Is our economy being derailed when we ought to be going somewhere at a relatively good speed. Do we have and does America demand a President who understands the connections in the global economy? Does any candidate know how people in other countries will continue to make choices that affect our prosperity?

This is the author of this blog. I am standing beside the stone boat in the Summer Palace in Beijing.

The picture I chose to post above is of me standing in front of the stone boat in the Summer Palace in Beijing. The Empress who built the boat is much criticized for embezzling funds from China’s struggling and tiny navy to build this luxury. But perhaps the truth is more complicated and she perhaps realized the cost of real reform and finding independence from the colonizing (not full-fledged typical colonial) powers. The cost that would be paid by the Republican Sun Yat Sen, the Nationalist Chiang Kai Shek and the Communist Mao Dze Dong. The stone boat was perhaps not as ill advised a choice in her waiting game as it seems at first sight. But in the end a stone boat does not defend a nation well or go anywhere. I think we face a great deal of a challenge in setting a course and establishing a plan for our nation’s future. The Empress had a sense of timing that allowed for an outcome that was not the worst defeat but neither can we forget her dynasty and Empire fell even as a new China arose. Trump could be a harbinger of great change, Bernie Sanders could be and Hillary could be the first woman President of the United States. President Obama has already labored to create a change in our destiny.  I have less influence than Empress Cixi but I do think that I also have less patience of the kind she had. I am less active and more patient than perhaps is write but the boats I build or meant to fight I think. These days at the start of school and the end of summer in Louisiana are not the optimum time to blog about politics. But we must face the end of this term of President Obama and ask, if a crisis in the markets does develop what kind of stone boat is the Democrat claim to have averted a Great Depression? What candidates really are prepared for the risks we all face?   Perhaps Trump’s Wall has value as an infrastructure project to provide jobs in a crisis. The question then is whether better projects could be found. Can they? 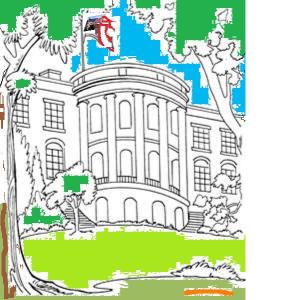 We all have images of what leadership should look like which are not simple portrayals of reality.

We discuss all these things but we only need to look at JEB to know that this Bush is tied to the Mexican people beyond mere ideas. The wall proposed on the Mexican border, competition with China and warnings about Russia involve real people.  North Korea is really rattling its saber. We can look out at both domestic and foreign issues and be overwhelmed by the sheer number of factors in every decision. But politics is not just something to discuss, it is not just a series of political campaigns and elections. The destiny of the United States of America cannot be a subject which is entirely ignored in the process of electing the President of the United States. Does the country have a destiny and if so how will it be defined.

What are the real challenges our nation faces and what are some of the symbols and projects we pay attention to instead of meeting those challenges?  Donald Trump is setting out clearly a challenge of destiny. Making America Great Again is the motto and slogan of a man claiming we have lost our way to a higher destiny. Yes, there is something backward looking as well as a lack of specifics outside of  a few narrow objectives. Like a lot of American politicians he seems clearly to identify China as a principal rival. Some of my own posts on China and relationships with Asia can be found here, here and here.

Donald Trump has talked a lot a bout China but his policies toward Mexico and predominantly Latin American undocumented aliens has taken attention away from the China issues that he has addressed. On the Democrat side Bernie Sanders has warned against not protecting the American worker from Chinese pressures. But his domestic social policy has taken more prominence. Jim Webb is running as a Democrat who believes in American Destiny.  He wrote a good bit about matching China’s might as a U.S. security interest. I could cite those parts of the text but I choose to quote a different part, he writes in his announcement of his candidacy:

And let’s work toward bringing the complex issue of immigration reform to a solution that respects the integrity of our legal traditions while also recognizing the practical realities of a system that has been paralyzed by partisan debate. The holistic leadership approach I instituted nine years ago regarding criminal justice reform offers a prototype that can be used on the multifaceted challenges of immigration reform.

With every one of these recommendations I can make you two promises. The first is that every endeavor will be based on the premise that has been the foundation of our society from the day the United States Constitution was signed: that we are a nation of laws, not of specially privileged people, and that our greatest strength comes from the power of our multicultural heritage. And the second is that I mean what I say, that if I make a promise I will keep it, and that outside my faith and my family, my greatest love will always be for this amazing country that for more than 200 years has given so many people the opportunity to have a good life, raise a family, live in freedom, and achieve their dreams.

Let’s work together to make America an even better place.

I am ready to fight on behalf of every one of these issues. Will you help me do that?

America needs a vision. Barack Obama whom I mostly criticize was different than George W. Bush but both ran campaigns that acknowledged Chinese prosperity as important to the world. In very different ways  they saw a future of cautious cooperation and competition. There seems to be a more hostile tone in the air now. But mostly people seem to realize that opposing China should not become the new Cold  War. Perhaps this economic scare will make us all realize how much our economies depend on the prosperity of the other.

But like many American politicians with views about Asia different than min I think Asia is important but our destiny does not focus there but here.