Crises in America and Just Needing to Drop by

I am not having an uncomplicated time in my own life. In general I think that there is a lot going on that cannot easily be set aside. Yet I am also a citizen of my own country, time and world. In the last number of ours we have seen the most deadly shooting at an historically Black Church since the founding of the United States. Both the President of the United States and the preacher chosen by the community to speak about such matters  during this crisis have chosen to discuss gun violence and gun control as the central lesson to be learned from this tragedy.   This  targeted church has long had a voice which is religious as well as a voice that is political, social and cultural.

The political character of the church was demonstrated in the fact that one of the pastors was an elected legislator who was also killed in this attack.  Clementa C.  Pickney  was a figure on the local, regional and national political scene. I think that it may be more useful to consider this as an act of political terrorism than either as an act of gun violence or even as a hate crime.

Can we really separate this story from the violent racial politics of the moment in Ferguson, Baltimore, Chicago and elsewhere? What is the point of looking beyond the connections to race, media and politics as the likely principal factors behind this tragedy.

It is true that we know little about the shooter. However, that does not mean that we have to imagine him living in a vacuum.  The issues here are real and they are widespread and influential in the world in which American lives are lived.

I know that it takes time and experience to even address these crises effectively. I am aware that many people struggle to be engaged with these issues. Not only race but region can be a factor in understanding America’s junction of race politics and violence.  I recently made an acquaintance who will be facing those regional issues as he set out to cover news in Louisiana.

In the meantime we all have many other issues to deal with. Politics and life present us with many challenges. We must realize as we work out our political destinies that the right balance of realism and idealism of racial consciousness and inclusiveness is not easy to find. False solutions will not be effective only those based on reality.

Some legislators in the APCF

other legislators at the APCF

It is not as though our lives stop and we can react only to these issues. But they do affect us all in different ways.

We all have issues which shape lives, society and race relations in America and around the world but race, violence and politics form a powerful nexus even when we would like to focus on other issues for a while. 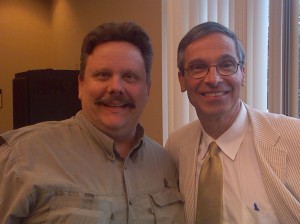 I am myself preoccupied with illness, a death of a dear friend, a novel being neglected, many personal obligations and I am happy about Louisiana State Senator Fred Mills and others changing some of Louisiana’s Marijuana laws. But I have to set those things aside to discuss race, [politics and violence. Gun control and gun rights are less important right noe than race, politics and violence.