Veterans Day, the Berlin Wall and the Winter

This is the time when somehow autumn and winter begin to dance with each other in many places in the Northern hemisphere much as autumn and summer danced with each other in the subtropical climes like Acadiana not so long ago. Remembrance Day was observed yesterday in the United Kingdom and Veterans Day will be observed tomorrow here in the United States of America. I have written about US military holidays here, here and here.

This Veterans Day is a bit unique in that it is the Veterans Day which comes at the start of a new era of divided government. It is a Veterans Day when we remember the American President who called for and saw the demolition of the Berlin Wall.  Speaking in Germany Ronald Reagan called for a Soviet Premiere who was deeply Russian to take down the wall.  Today Germany is unified, is at the heart of a European Union which is tied to the US and NATO but also buys lots of gas from a resurgent Russia.  I have written of Russia and the US, its policies and its leader in this blog. But despite this blog post’s title, I will not do justice to the removal of that wall that was the essence of the Iron Curtain. Today as Barak Obama is in China and Asia. China is emerging and both the US and China deal with that nation closely.  I will return to the Asia issues below. I will not address ISIS in this post except to mention it here. All those in Armed Service today face the most complex set of challenges we have ever faced. Things may become more predictable but that may come at a cost. This post is mostly about the American military itself. It is about the holiday to mark those who join its ranks across time and space.

There is no limit to the words that could be used to describe the costs of war. There are no words to fully describe the stark necessities in which the words and phrases valor, honor, esprit des corps, and warrior spirit find their meaning. We simply do the best we can with the words we have and the images available to each of us. The struggle for such meaning as we can find in the events which cost hours, years, wounds, lives and billions is a real struggle. While we may not all agree on the path our country must take we cannot doubt that the military must play a crucial role in preserving whatever future the United States of American may have.   I am nowhere near where I would like to be in achieving the simple goals I have set in supporting the US military. Yet I am nowhere near discharging the balance of my critiques of that same military. Veterans Day is a day to put aside those discussions of policy and engage in some rituals of appreciation. However, that is n0t all that it can and should be. It can also be a time to quietly remember the fallen which Americans do more on Memorial Day and to quietly refresh our knowledge of the American Armed Forces which is not really a big tradition and if it is a tradition is focused on Armed Services Day. But Veterans Day is our broadest military holiday. It is a good time to think and to reflect.

The link of living Veterans, active troops and the fallen in battle is a chain of duty we must all remember.

All of us must know that our nation is engaged in the world in ways that few nations were engaged in most of human history. The military is not the only aspect of that engagement but it is a very important aspect. We face life and the future as Americans and our flag is supported by the might and dedication of our military. In this blog the image of my cousin Severin Summers appears often because he is my nearest relative to die in combat. But for every American there must be someone who is our truest connection to the terrible and beautiful Duty which makes this great military tradition. Severin is not interchangeable with other people but he is my sense of the reality of loss. Precisely a symbol because he is so individual to me. 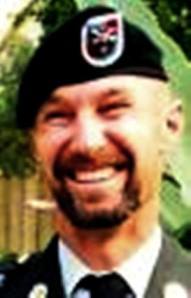 My cousin Severin was killed in battle in Afghanistan.

As a citizen and an American I feel compelled both to support and to criticize. This challenge which makes us parts of the society in which we live is often a thing which seems remote from our ordinary concerns. My life is not all that ordinary when taken as a whole. But there is much in it that has been affected by the policies and practices of my country as regards national security and defense. Life lived here in the United States and life live well beyond its borders has made me constantly aware of the price of our national sovereignty and how many threats will confront those who stand up for our liberties, security and prosperity. Some would say that because the threats are so real and the challenges are so great we should not be engaged in the kinds of discussions which typify most free societies. Others would argue that we should always welcome any discussion and that all of these challenges make us stronger. I certainly do not hold to wither of those positions. We cannot afford either the kind of ideal free expression which fills some tomes on political philosophy and journalism as taught at some universities nor the deathly conformity and lack of scrutiny which many societies have attempted at one time or another to offer their military. Some of my thoughts are available here, here and here.

My mother in front a Confederate monument in New Orleans reminds us of what complexity there is in violence and duty.

The US Marines standing guard at embassies, the carriers sailing the seas are all part of the world in which America plays neither a perfect nor an unlimited role but a role both large and necessary. There is no way this can be done without risk and without engagement. The future is compelling or dreadful in large part to the degree that we maintain a military which is credible and excellent in the difficult challenges which face the holders of the sword. 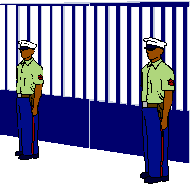 US Marines guard many embassies where our diplomats seek peace with security around the world.

It is a sobering holiday which matches the first chill in the air. The future winter and the joys of Thanksgiving and Christmas are waiting for all of us and we are also looking back at all the armed struggles that have preserved what we have and helped give us the chance for a future. Obama has been received at a summit in China and the world is watching that summit more in general than America is but it gives him the chance to remind Congress that he is head of state here.  I have written about Asia recently here, here and here. I think US policy there is very important.  Obama’s trip is described here. But the trip will also get him out of Washington on a veterans Day when people have rising concerns and anxieties.

My family stopped at a Battleship park after one vacation and I have a long interest in studying and observing military history.

So before our thought turn to other holidays we have this day. A day to say thanks to those who serve in the armed forces, those who have served and those who have fallen. But this is also a day to think about our military and examine the society we live in and the government we have.  The next two years of divided government will be years when the world will keep changing and many new crises can and likely will arise.  All of us will face them together in more ways than we are often conscious of in our daily lives.

2 responses to “Veterans Day, the Berlin Wall and the Winter”