I am having a party on Friday the 13th if people show up — I am the honoree but not the host nor the one managing an RSVP list. I have been to far more birthday parties than the average person. Extended family and also friends for many years although not lately.  So it is a part of my life which from time to time involves my own anniversary of birth.

I have grown poorer over the year and my number of connections bigger but I try to at least mark the occasion of a birthday party as best I can. I believe in them as it were. The future, the past and the presents are brought together in some kind of celebration.

The level of commemoration is not always the same and it is true that I do not always stay to the end of the ones I go to anymore. Such is life but they still mark a life, an occasion and remember a mother’s always heroic act of giving birth in our memories in a subtle but real way. 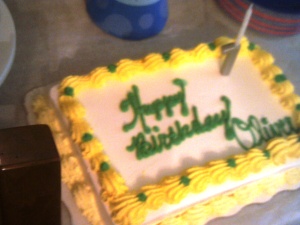 I suppose that this is the occasion when we reach out to a whole person and  their family and do not focus on a shared holiday, on an achievement like a graduation or on a relationship based status like motherhood or fatherhood.

Friday the thirteenth is also a scary day for many on which most people in America would probably not plan a party. I suppose that  birthday parties are from a certain point of view always signs of proven blessing and good fortune.

I have already discussed my birthday as it relates to turning fifty and also the fact that my cousin Billy will be ordained a deacon on the 14th of June. Those facts are at least briefly reviewed in this recent post. But the fourteenth is also the birthday of Wang Guang-rong on of my associates in China who I think about often enough. It is also true that it is always Flag Day.  I do love the American flag. I have been careful in displaying it but  also have displayed it in plenty of places  where it was seldom seen.  Those and other facts will distinguish the date for me every year.

The fifteenth is Father’s Day and I have dealt with my Fathers Day in a recent post already cited.  So I will mention a few more occasions it is also Tasso Smith’s birthday. real name Carl Tasso Smith IV is a vocalist and  guitarist for Youngblood Hawke which is a band developed in San Antonio, Texas which  in its first few years with a record  deal has appeared on all of the top four broadcast television networks, sold it themes to numerous commercial and entertainment entities and has generated a lot of buzz and attention for it crafted and somewhat artsy rock sound.  Tasso is my first cousin the son of Carl Tasso Smith III  who has been many things and has many skills but has long earned his keep in the family agribusiness concern which is a major producer of peas. Tasso’s  mother is my father’s youngest sister Beverly Summers Smith, who goes by the name Missi Smith and under that name has produced, shown and sold many works of art. Tasso graduated from Alamo Heights High School and earned a Bachelor of Science in environmental Science at Texas A&M University–Corpus Christi. He lives in Los Angeles, California as of 2014 and retains ties to San Antonio, Texas. He spent quite a bit of time in Louisiana with family and on his family’s farm. His sister’s Brooke and Leah form the remainder of his birth and nurture nuclear family although he is now an uncle and has a serious relationship with Whitney Ullom. This information could be a bit off.

My birthday is also the fifth anniversary of the death of my maternal grandmother Beverlee Hollier Gremillion. I cannot do full justice to her life in this post not the reality of her absence. But I do need to organize some information about her in this blog eventually.

two of my grandparents

She preceded my grandfather in death by almost five years. But most of my life they were almost inseparable. The good times and the bad were all memorable and her home was a center for both, We were pretty close as such things go and I have countless memories of her. 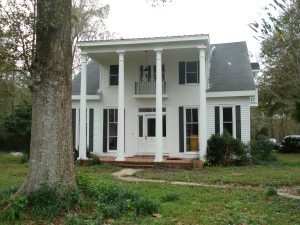 Kissinoaks,the Home of my Maternal Grandparents

She was a very accomplished cook, could manage a household staff, was a good storyteller, painted and decorated and beautified in any number of media in a number of venues she owned which were seen by many. But her family was the center of her life.

It will be easy to find times on this busy day to remember Mamon  during all the other things that happen that day. I surely will do so.

My grandparents have Kissinoaks blessed

I know that a good many people will remember her that day as well. It is an important part of my journey of fifty years that I journeyed with her for a good while. I am sure others feel similar things. 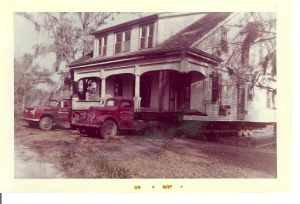 Moving houses has continued as a family tradition since Kissinoaks to where I am typing this.

So when the weekend ends I will get back to my life and routine I hope although I hope it may improve. But certainly there will be plenty to fill my thoughts this weekend. I am simply facing the reckoning of half a century and not feeling very good about the future, But beyond my life there are many other events going on around and near me.

The world always goes on around family events and sometimes they get a bit of notice.